Bat control is a problem that can be dealt with. Often, bats are seen as helpful animals but in some circumstances they pose threats to human health. Histoplasmosis is an infection caused by fungus (Histoplasma capsulatum) found on guano from bat droppings and bird poop. When the animal feces accumulate, this disease-causing fungus grows and produces spores that infect people when inhaled if not removed promptly or handled properly during cleanup of histoplasmosis outbreaks at homes located near caves used for roosting sites for colonies of Mexican freetail bats according to research published in Morbidity & Mortality Weekly Report issued by Centers For Disease Control And Prevention Bats have been linked epidemiologically with several diseases.

ARE BATS A PROBLEM?

ON THE FLY CAN HELP!

The Ledge Slide is an innovative, simple device that protects your ledge without damaging it. The bird-friendly design deters birds from landing on ledges and prevents them from nesting or gathering in these areas because they just can't get a grip! This sleek slide has been designed to match the exterior of any home, so you never have to worry about unsightly damage again. You can also call us if you need the services of a bed bug exterminator Palm Desert residents can count on.

Netting is an extremely efficient method for keeping bats from invading areas in your property! Netting is made of knotted polyethylene twine that's flame resistant and super strong. When installed properly netting stretches tight across openings in your building so they can't squeeze through any gaps or holes.

SERVING THE COACHELLA VALLEY & BEYOND 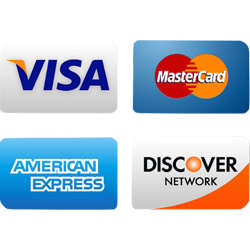